In the Spring 2012 semester, I was taking the Intermediate Photography course at the Austin Community College.  During that course, I was able to work with several awesome up-and-coming photographers as well as being amazed by there work.  The cool thing was that I was able to get pointers from them as well as build a support network to bounce of ideas and get advice.  It's definitely help me to become a better photographer.

During one of the assignments, each of us were required to bring in a model for some Advanced Portraits.  The previous week, we worked on some basic portraits and getting an understanding of the different lighting styles.  But more importantly, I was learning how to actually set-up lighting equipment to get the desired effect.  In addition to those skills, I was also getting some additional exposure to working with models and giving them directions.  Of course, it helped that I was working with a model that had modeling experience.

For the assignment, I brought in Shane as my model.  Previously, I had set-up an account on Model Mayhem and scope out some of the Austin-based male models and came across Shane's online Model Mayhem portfolio.  His portfolio definitely had several images that caught my eye, particularly the image of the gas mask image.  It's one of those images that have always stuck out for me.  Of course, it was that image that made me want to work with him in some fashion.  So when I needed to bring in a model, my mind automatically jumped to Shane and, fortunately for me, he agreed to work with me on the project.

For the shoot, I wanted to do a high-key shoot that was in line with GQ.  Yeah, I remember telling Shane to think GQ, but to also bring his cowboy hat.  From the GQ portion of the shoot, I love the image below.  I love the intensity of his stare as well as the lighting.  Of course, I am partial to black and white photography and decided to convert the image.  Like I said, it's one of my favorite images from the series with him.

In addition to the GQ look, I asked him to bring some jeans and a plain t-shirt.  Shane is definitely a good looking guy, but there is something appealing about his boy next door looks and the classic American look.  The funny thing is that my lab professor didn't care too much of the image - he kept focusing on Shane's hands and their location - so I didn't submit it as my image for my camera class.  However, when I ended up showing my camera professor later in the semester, he loved the image and thought that it should have been the one to be submitted.  I knew I should have went with my gut.  When I worked on the image, I knew that it was a pretty good image, but I second guessed myself after the comments.  Nonetheless, this image of Shane is one of my absolute favorites. 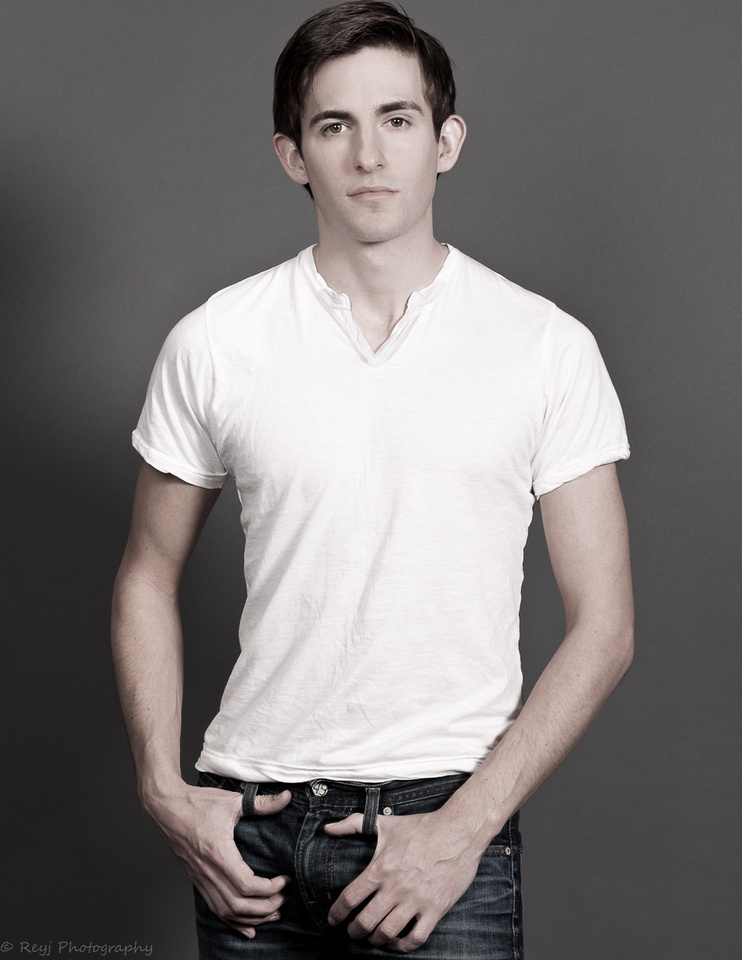 Finally, the image of Shane in his cowboy hat is something special.  I love the attitude in the image with the cock of his head, the defiance in his eyes, and the split lighting going on.  Of course, it did offer me some learnings since I was cloning out white fluff from his cowboy hat and t-shirt - next time, I'm grabbing some masking tape and seeing if I can get them out before I start shooting.  However, when I showed the image to some my fellow student photographers, they kept saying that it could be an image that you would see on a country CD and that it was pretty awesome.  I don't know if it's that good, but it's one of my favorite images in my catalog. 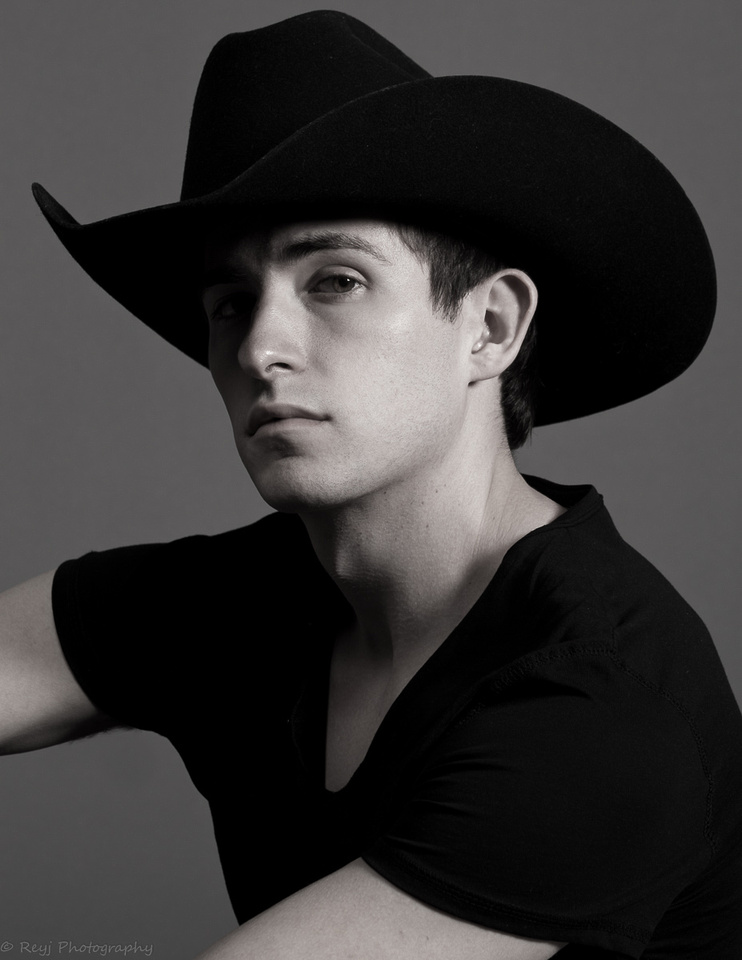 I definitely loved working with Shane during the project.  I'm glad that he was one of the first models that I worked with given his personality and his experience working as a model.  He needed very little direction and knew how to work the camera.  He actually gave me the confidence to continuing working with male models and take some risks in the future.  I would definitely recommend working with him and hope to work with him again in the future.

Shane's Model Mayhem page and portfolio can be found at: http://www.modelmayhem.com/376583.  Check him out; you won't be disappointed.