I thought I would do a quick blog post in order to distract myself from working on business case studies; yeah, I'm currently a grad school student enrolled in St. Edward's University's MBA program.  There are days when I wonder why I'm enrolled in a business program, but then I remember that I love taking photographs as a hobby.  So yeah, I suffer through case studies as well as work full-time to finance my hobby.

However, I'm currently in the process of moving.  Yeah, talk about stressing out about the whole moving process.  The good thing is that I will be moving into Austin proper instead of living in the suburbs.  Of course, North Austin is not downtown or South Austin, but I'll take my two bedroom North Austin apartment.

Of course, I love the fact that I'll be living in the city proper.  It's a great city and has a lot to offer to its residents.  I love the music scene and the smaller venues peppered around the city.  I've had the opportunities to see Weezer, Fitz and the Tantrums, Bush, and so many other bands in small venues.  Of course, I've also seen Kings of Leon at the Frank Erwin Center as well as Nsync back in the day.  I've wandered around South Congress listening and photographing numerous street musicians as I meandered around.  Like I said, the music scene in the city is one of the reasons why I moved back after graduating from college.

Since I've been back, I've had a fascination with photographing the city at night.  I'm fascinated with light trails and being able to capture them.  During my second stint living in the city, I'm hoping to go out to various parts of the city and capture more of them.  there's just something awesome about being able to capture light and movement that fascinates me.  The image below was captured on Cesar Chavez in downtown Austin.  I hope to capture more images like this once I get settled in my apartment.  That would definitely be awesome. 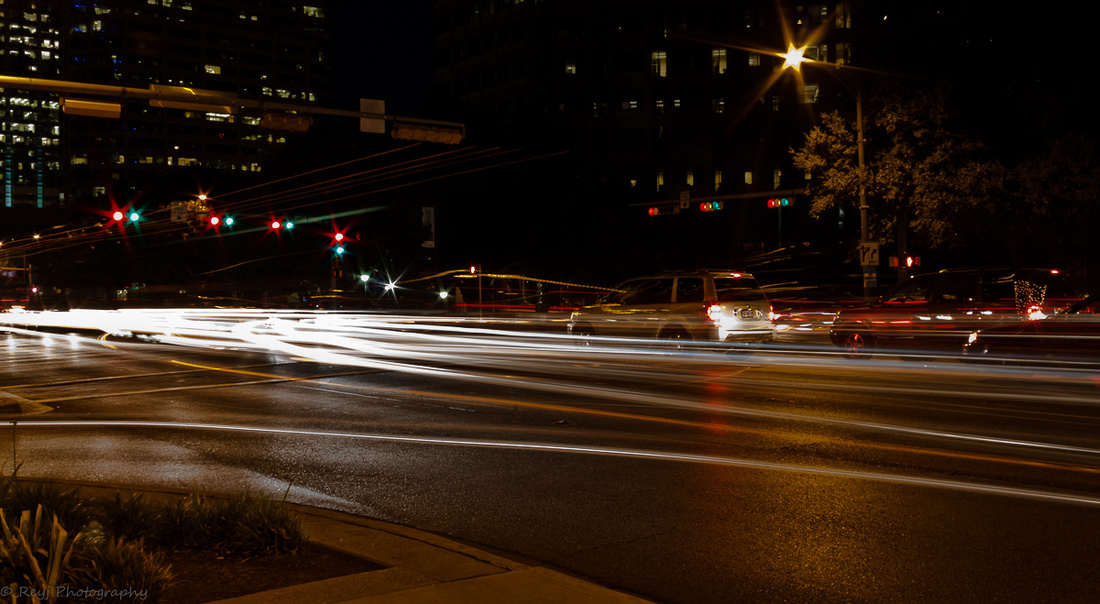